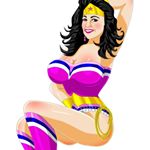 Saskia is a recording artist from Doncaster.
New single “Say Hello” is her first venture into country music.
Saskia has worked as a model, and a Shania Twain tribute before turning her talents to creating her own music. 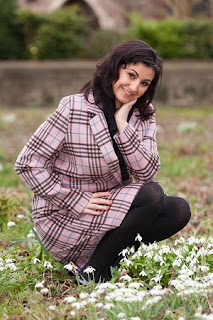 Saskia Solo Singer of Covers and own material.

Shania Twain Tribute Show: Complete with amazing PA (and sound check person) Saskia dress in the costumes from her Greatest Hits.Man I Feel Like A Woman costume and That Don't Impress Me Much ]
White Dress - Leopard Print | >> Video

“Say Hello” is Saskia’s first venture into country music. It’s her first original solo singleand fondly tips a nod to her mother.
The song relates the tale of a young father leaving the family resulting in the girl having to pave her own path in life (which is personal and relatable to Saskia). She may be wide eyed and free but the girl misses him on those stormy nights:

A comforting and strong willed mother is resigned to the fact to be positive and move on with a free-wheeling spirit.
Fast forward some 2 decades, burdens and regrets have healed and the girl, now a mature lady, makes a pledge to her own young daughter, to be there thus giving her the life she didn’t have.


Gig Alert: Come “Say Hello”!
When:15 April 2017
Where: Packhorse, Barnsley (Website; Pack Horse Hotel, Church St, Royston, Barnsley S71 4QZ) –
Facebook - Event
Saskia will be singing for 1 one hour. She’ll be doing some Shania Twain cover songs along with a selection of songs including her own brand new single “Say Hello”.
On the night you will be able to take a signed picture home and a CD with a lot of her Shania Twain cover songs on. 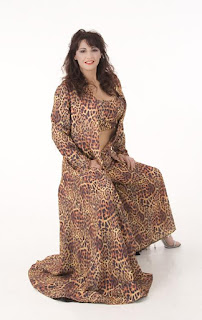 Saskia Vese became a fan in 1998 after seeing'That Don't Impress Me Much'.
After witnessing a Shania Twain tribute at a local bar she realised she could do a superior job.

She hired a singing coach and started a tribute act.

As a Shania Twain super-fan, she has invested heavily in the Canadian star’s music, clothes and merch and dedicated hundreds of hours.

Regarding her fixation, The Daily Mail (UK) ran an extensive article on her and a feature was published on the hugely popular Entertainment website Taste Of Country!

Download the I Am Saskia APP (For iPhone & iPad) from iTunes

Popular posts from this blog

July 07, 2017
CMR Nashville Radio for Roger Peck British Country radio http://www.rogersbritishcountry.com/blog/news/saskia-vese-promotional-videos-foor-say-hello/ Say Hello Preview Saskia Vese  Saskia Vese Say Hello My Song Saskia Vese Blog Journal - Blog Commercial images Tear Sheets 1 Tearsheets 2 Tearsheets 3 Personal work Saskia's Shop Saskia's Events My Shania Twain Tribute Booking Saskia Contact Links page Saskia Vese Recording Artist Saskia Vese is a Country Rock Pop Recording Artist . Saskia has a record label and producer .           Saskia is also Commercial Agency Model .  Saskia is a Shania Twain Performer .             Saskia is a lookalike of Shania Twain and  Wonder Woman  . Also a few more people too .       GOOD GIRL         is Saskia's newest single which IS A POWER ROCK BALLAD        RELEASE DATES TBC        SAY HELLO          Is Saskia's NEW UPTEMPO COUNTRY ROCK PO
1 comment
Read more
June 03, 2017
New Song is called good girl i recorded the main vocals last week so this week i will be recording the harmonies and high bits. then the song will be completed by my producer @EBA Records . i will announce the release date and also when the Appearance gig will be for this song . of course i will sing Say Hello my first single too , along with my Shania Twain songs i cover . i will also be adding the song lists so you can see how many great songs i sing by Shania Twain . Mainly i'm concentrating on my recording music career . Also i'm always model shooting for my day job :-) . there will be calendars available soon from the Say hello photoshoot .
1 comment
Read more

Saskia Vese
Saskia is a Country recording artist , she is now recording songs in the studio . her new song is called Say Hello its an uptempo Country Rock Song .good girl is a country rock pop song , and slow dance is a country pop song